Masayoshi Esashi received the B.E. degree in electronic engineering in 1971 and the Doctor of Engineering degree in 1976 at Tohoku University. He served as a research associate from 1976 and an associate professor from 1981 in Tohoku University. Since 1990 he has been a professor and he is now in The World Premier International Research Center Advanced Institute for Materials Research (WPI-AIMR). He serves as the director of Micro System Integration Center (μSIC) in Tohoku University. He has been studying microsensors. He was awaeded Purple ribbon award (2006) etc.

MEMS (Micro Electro Mechanical Systems) are technologies in which the microfabrication techniques for semiconductor integrated circuits are applied to the preparation of small high-performance components (e.g., sensors) that are essential to the systems they comprise. We have been conducting research on MEMS for approximately 40 years, and through numerous developments, have carried out product commercialization as well. Among these products are electrodes for deriving neuronal impulses from the brain and cathethers that monitor blood hydrogen ion concentration or carbon-dioxide partial pressure within blood vessels.

I cherish “manufacturing” prototypes. For this we use highly maneuverable experimental equipment consisting mainly of custom-made devices that are shared among many laboratories. The research we conduct with this equipment is largely grouped into minimally invasive diagnosis and treatment tools with functionalized catheter tips, and microprobes that use thin and narrow beams of silicone. One example of the former is an ultrafine blood pressure guage with a diameter of 125 μm, approximately the size of human hair, in which the blood pressure-induced bending of a movable diaphragm formed on the end plane of a fiber is detected as a change in the optical interferernce spectrum. The second is a catheter-on the tip of which a reciever coil for magnetic resonance imaging (MRI) is formed-which can obtain high resolution images near the catheter tip. An example of the latter is a microprobe for a magnetic resonance force microscope (MRFM). Use of this probe, which consists of a 50-nm thin silicon cantilever beam with a small magnet attached to the end, may enable MRI imaging of small targets such as cells. A second example of the latter is a microprobe for a time-of-flight scanning force microscope-a scanning electron microscope that can sample and introduce molecules into a time-of-flight mass analysis device. These technologies, which yield high sensitivity, spatial resolution, and high performance owing to miniaturization, will provide effective tools for brain research. 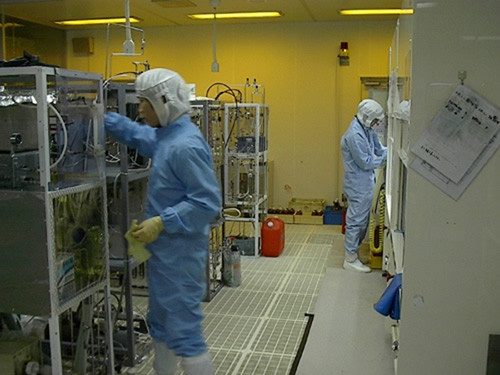 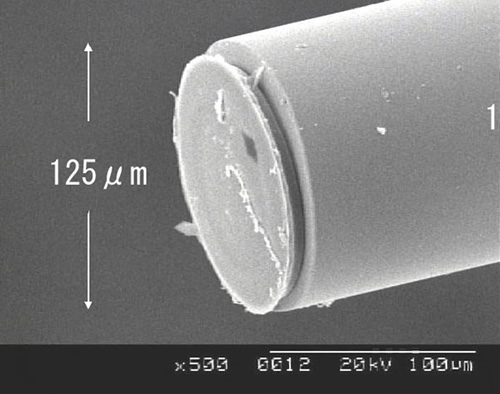 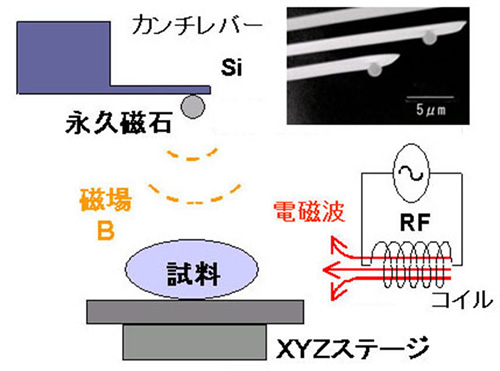 It will be current in organizing information 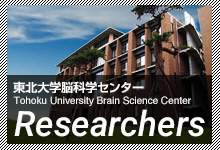